We often speak to customers who are surprised by how few watts our LED lights are, they often assume that because they are low wattage units, that they must not be bright. This is a common misconception, and it is based on a misunderstanding of what watts measure. Watts are a measure of the power used, not the amount of light produced. If you are interested in learning about the brightness of a light, it is important to ask how many lumens the light produces. 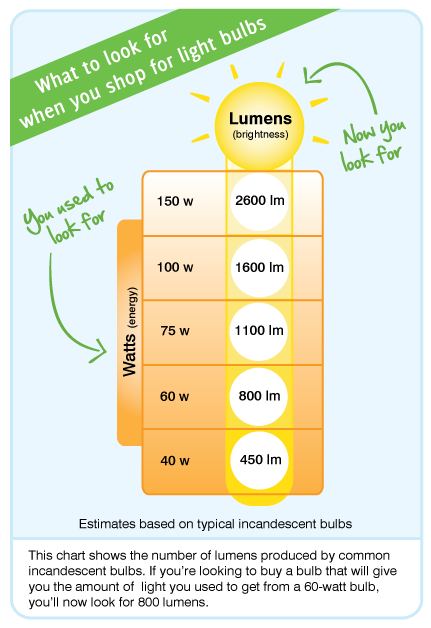 Why were Watts used to describe brightness?


This misconception about watts comes from the era of incandescent bulbs. For a long time incandescent bulbs were the standard. During this period their brightness was often spoken about in Watts. Most consumer incandescent lights have the same efficiency (producing the same number of lumens per watt), so comparing the wattages of two different bulbs would give a good idea of the difference in brightness between those bulbs. Now there are light bulbs with many different types of light sources on the market, and there is a big difference in the energy efficiency of these different sources. While less efficient sources wouldn’t necessarily produce as much light per watt, the more efficient modern sources are able to produce a considerable amount of light using a very small amount of electricity. Comparing the wattage of an incandescent light bulb with a bulb using a different light source (e.g. – LED or CFL) will not produce a valid comparison.